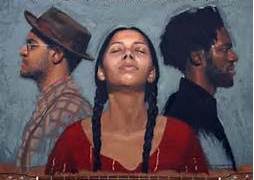 I thought in addition to the Gaelic words and phrases, it might be interesting to feature some Gaelic songs from time to time. The song I’m featuring this week is actually by an American group called the Carolina Chocolate Drops.  There has been a lot of preservation of traditional Gaelic songs in the American south due to the influence of the Scots and Irish settlers who came here and settled.

I hope you enjoy it!